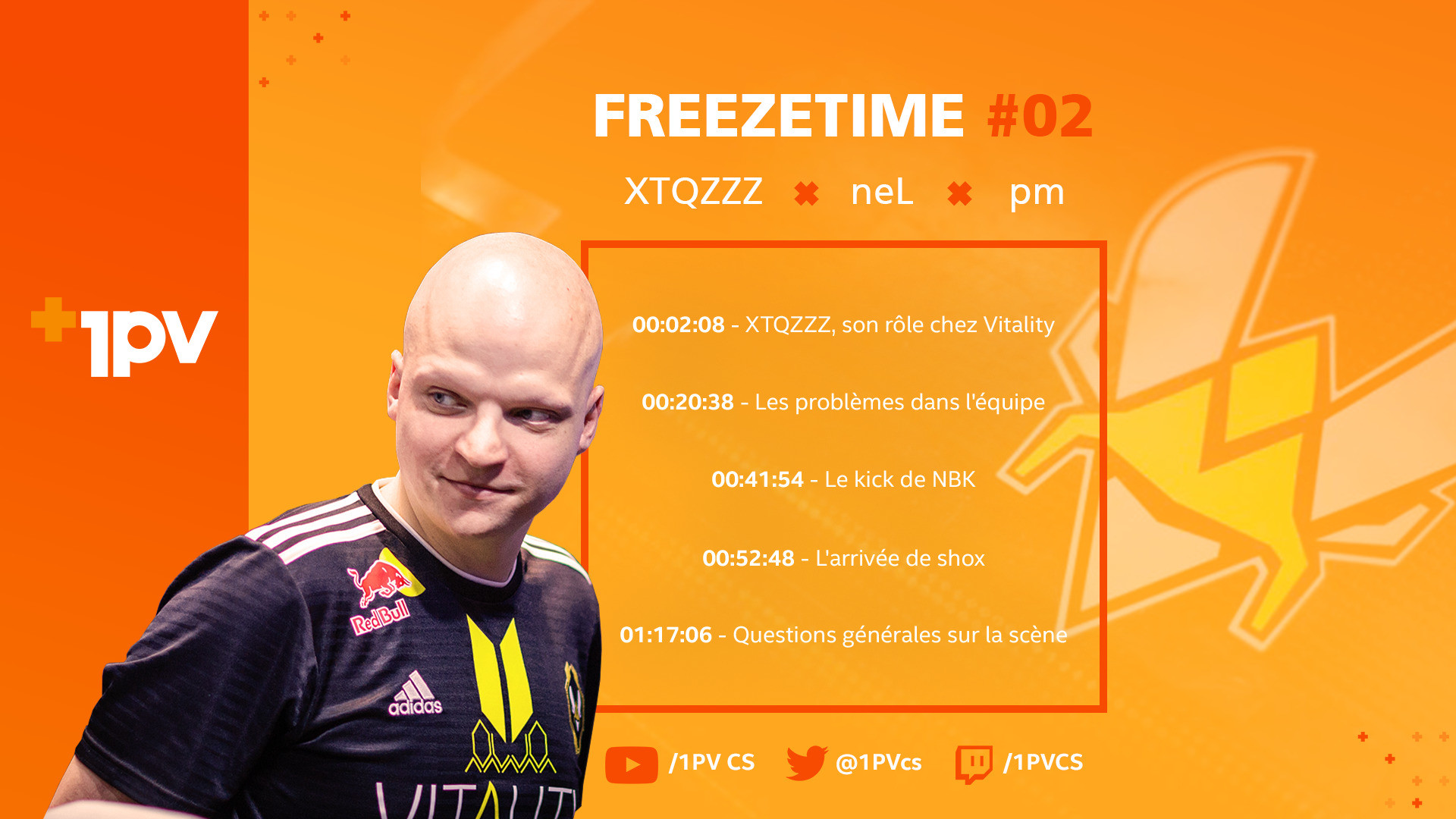 "Nathan is the one that asked to share the lead after Katowice. Our T sides were terrible. So ALEX started leading T & Nathan CT. NBK was still team captain. At the time we all said "ok no ego problems, we're adults". But then it happened anyway. Maybe problems started there.

Nothing was decided before the Major. All I can say is that after ECS, almost all my energy was to stabilize the group. More outside than inside the game. Linking humans together. But after ECS, I knew that we couldn't stay a year like that. Impossible.

How many teams are stable all year? Not many. Look at VP, that doesn't help them. Now look at NRG, they changed two players in the last 6 months. Liquid started an "era" after changing a player, Astralis too with Magisk... Changes aren't bad. It's not just about the FR scene. People are not aware of the human part of the job. It's difficult to travel all year, live in hotels... I'm sure most teams would stay stable if there was 6/7 events a year.

Things happened at the major, even if we had won, we needed to change, it was decided. About Nathan, it's my decision. Something happened at the Major and ALL the players didn't want to play with nathan anymore, not 1 or 2, all of them. They didn't tell me to change, I had already decided.

To say that there is only problems with Nathan is false. There's problems with everyone. ALEX wasn't easy either. Honestly, we have to say it, in the end it was ALEX or Nathan. In relation to what happened, behaviors, what vitality wants and what I wanted, kick Nathan was the right thing to do. I took the decision during the Major. I think in the end we maybe tried to much to make it work. But results weren't bad..."

"Vitality give me all trust, they follow my decisions. It's also what created this climate for nathan, where he wasn't well. They gave him the keys when it started. But the Vitality project is ZywOo (not to take decision but to build around him). And I'm there to make it work.

Nathan see it old school, staff doesn't decide, players do. That's just a different vision. And I had no problem with him irl at all. It's not because I'm the coach, I might be dumb to say but players are here... to play. They don't have to have the power. There's so many things to handle. I like sport a lot and some players give their opinion but no player decides. But the staff doesn't say "you play there, you do that", It's an exchange about many things. If players had the power, the team would have changed many times."

About the 5th player

"I mostly needed someone useful as T. We have problems mid-rounds, we never had a pure lurker. As CT, we would have to change anyway, no matter the player. About young players? Why not? Because honestly, first shox was perfect in what I wanted. Then, you're losing NBK. You need a name, someone with experience. I term of game, vision, etc. And Richard and kio at first were perfect for that. Better than any young player.

Shox will play anchor on bombsite or pivot as CT. It's time for shox to reinvent himself and he knows it. On our 6 maps, there's already 4 where everything match perfectly. He will do some sacrifice on the two others but everyone has to, anyway. That's how a team works "

Criticism about the move, about picking shox, about RpK

"I read that apEX decided the move... from the 5 players, he's the one that tried to make it work the most.

People don't understand why we are no kicking RpK? Cédric is a good player. His personality, what he is outside the game, it's a balance and it's important in a team. And it's like that in everyteam, a scapegoat. And people don't understand, sayin that he's underperforming and all. But Cédric also sacrifice himself a lot for the team. He doesn't frag in anti-eco, he's not in the best positions, etc. And he's ok with that. He's a soldier. He's a crucial member of the team because he's a great guy and player, he takes all the shit, thinks and works. If tomorrow he sucks and kill 2 low-hp people per game, ok maybe. But no one can say that he's not doing the job. Look the Major, look as CT. It's only about stats, people only see that. People don't see the importance of the humans and what they bring to the team. It's sad that people mostly see that of him.

About the critics on picking shox "shox will never be leader, he will never be captain. That's what I told him. And it's now 2 years that he doesn't want to lead anymore. He didn't impose anything. I asked him what he wanted. He wants some responsabilities for exemple in mi-rounds. Perfect for us. About motivation, there's ways for him to keep it, for exemple in contracts and others things. He knows. Plus, HE came to us, it's also an other point people don't know.

"It's the last french speaking team at Vitality. They know it. I have no problem to tell everyone, that's Vitality vision. The game is getting older, the FR scene too. It does not completely renew itself. Not many young people are coming up. We didn't give them enough confidence in the past either. We buried players who had potential.

Other games are full international but It's not yet like that in CS for now. I'm a little bit of a disagreeer right now. Look at the top 10, there's one or two international teams max. Only FaZe was winning things at some point. mouz never really won anything.

I don't think it's international or nothing in the future. I think it works for some countries, it won't be the same for everyone. That will be our trajectory. It's not a pressure for the player, but you also have to look at the truth, look what's on the table (french scene)."