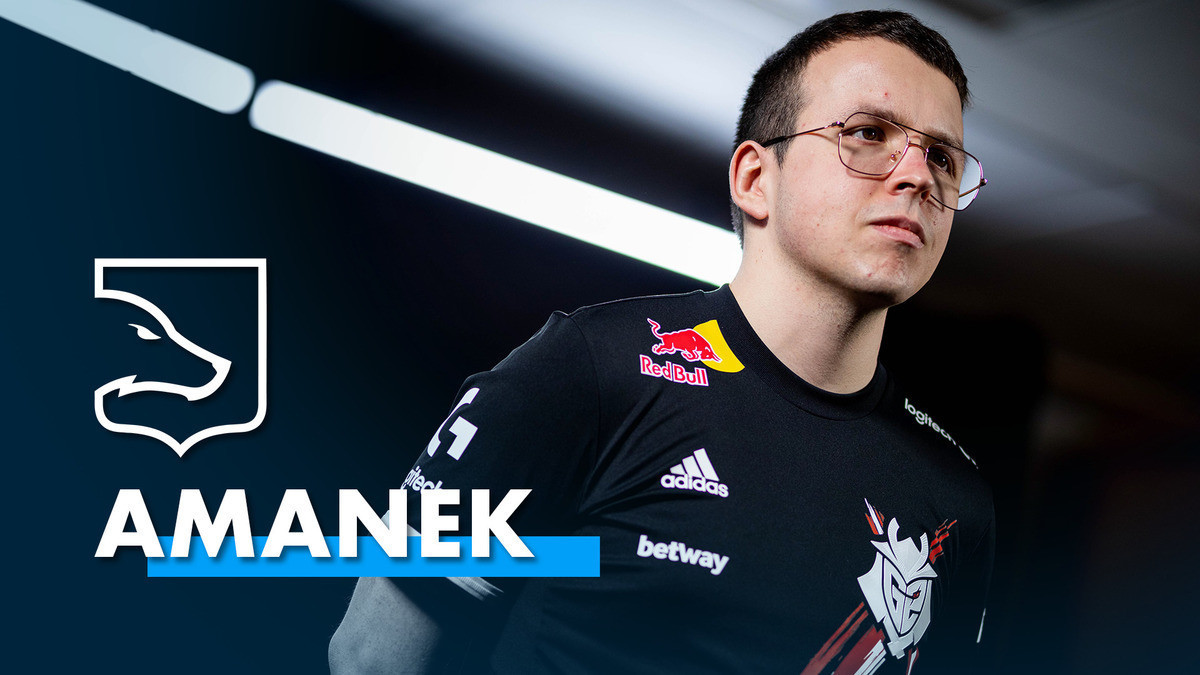 Posté par neLendirekt,
According to our sources, LDLC OL will sign François "AMANEK" Delaunay in its roster. A first step towards a new ambition.
Since the beginning of 2022, François "AMANEK" Delaunay has been sitting on G2 Esports' bench and has been a utility man for the last 6 months. He replaced Aleksi "Aleksib" Virolainen for three Pro League games and even Rémy "XTQZZZ" Quoniam as a coach for the playoffs of the IEM Katowice.

Apart from that, in the beginning of the year AMANEK carried out tests to create a team with Kenny "kennyS" Schrub and youngsters like Filip "Graviti" Brankovic and Ryan "Neityu" Aubry, before the sniper finally decided to put the project on hold. At the beginning of June, we also told you that Falcons were very interested in the former Misfits and Nathan "NBK" Schmitt.

According to our sources, this transfer will not happen for various reasons, including a certain coldness of AMANEK concerning the project and the organization. This does not prevent François "AMANEK" Delaunay from bouncing back to France, as he has decided to join LDLC OL.

This team is composed of young players drafted at the beginning of the year from GenOne, Sebastien "KRL" Perez's team, and which includes Graviti and Neityu, the players who tested with AMANEK in the project with kennyS. At the moment, the reputation of LDLC OL does not go beyond the borders of France and the lineup is especially successful in the country, asserting itself as the best subtop team in the last 6 months with a top 1 at La Coupe #1, top 2 at La Coupe #2 and a top 3/4 at the French Championship.

This roster coached by Lambert "Lambert" Prigent and Julien "Krav" Hernandez is currently composed of five players following the benching of Florian "ElectuS" Delearde a few days ago. We also know that Arthur "Snobling" Benard and Matthieu "Razzmo" Mellot are currently being tested and that the roster is still under construction.

The arrival of the former G2 should therefore allow LDLC OL to move closer to HEET and Falcons in the hierarchy and our sources indicate that the organization has the ambition to play a leading role in 2023.

LDLC OL is composed of: