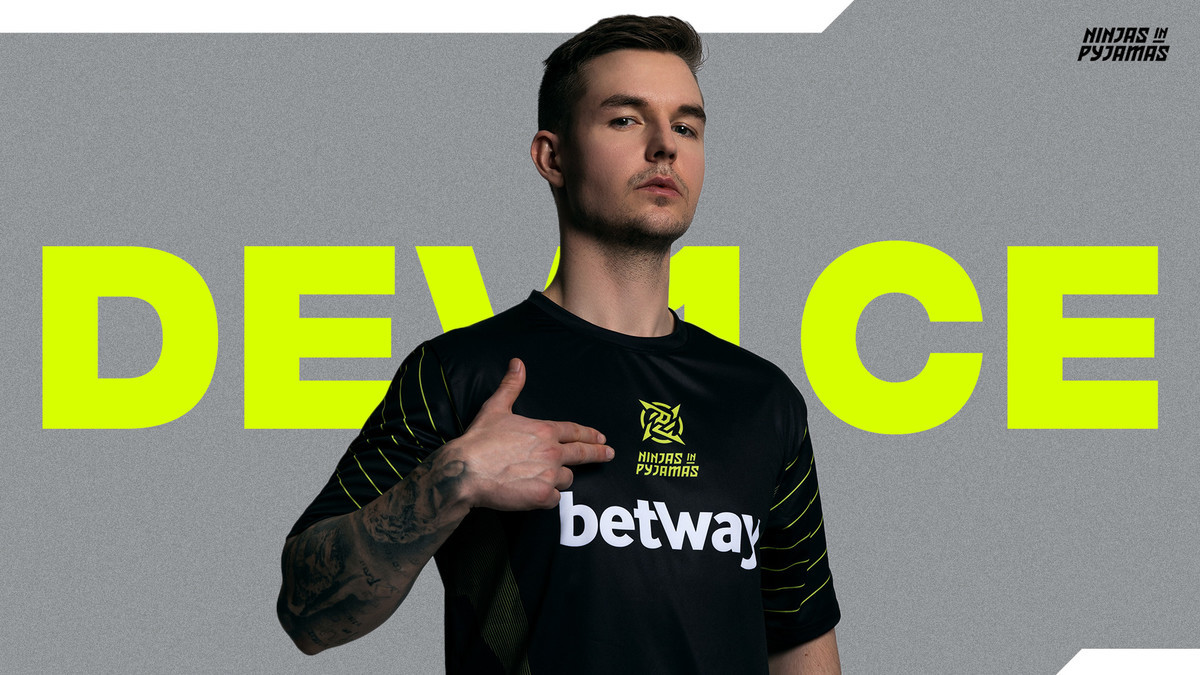 Posté par neLendirekt,
According to our sources, Nicolai "dev1ce" Reedtz would like to leave NIP and a return to Astralis would be his favorite choice.
Chosen by HLTV in a list of the best players of the year since 2014, and among the top 5 since 2015, Nicolai "dev1ce" Reedtz is a major player of the Counter-Strike world scene. His departure from Astralis to Ninjas in Pyjamas last April will remain the surprise transfer of the year.

His signing to NiP was motivated by the fact that the Dane had been living in Stockholm for 4 years at the time of the transfer, speaks Swedish and in this complicated COVID period, it made more sense for him to stay in his adopted country and aim for a victory at the Major, which was organized in Stockholm. The fact that the historical Astralis roster was at the end of its run certainly started this decision process.

From a sporting point of view, the start was promising with a win at the IEM Fall, the coming Unfortunately, the following did not go as planned. He wanted to be the LeBron James of CS, but NiP didn't make it past the quarterfinals at the PGL Major Stockholm and the roster showed obvious limitations, even after the arrival of Patrick "es3tag" Hansen.

Also on a personal level, his relationship with steamer Emilia Hult, who led him to live in Sweden, came to an end. This has surely affected his morale in recent months, with the sniper appearing to be upset a lot and most recently extremely disappointed by the loss to Liquid, a "dead team", at the BLAST Premier Fall Final. Proof of this uneasiness, the player did not take part in the playoffs of the IEM Winter, nor in the BLAST Premier World Final for medical reasons.

This LeBron-like journey that was supposed to take him to the top is slowly starting to look like a nightmare for the four-time Major winner. That's why, according to our sources in collaboration with Dexerto, Nicolai "dev1ce" Reedtz would have expressed his desire to leave NIP to return to Astralis.

The Dane would have now returned to live in Denmark, in Copenhagen, which would facilitate a connection between the two parties. But this transfer is extremely complicated as he was transferred for a sum between 700 000 and one million dollars according to various sources. The Danish organization would have to find the funds to acquire a player that NIP will not let go for nothing. He would also fit perfectly into the Astralis system, where Philip "Lucky" Ewald is struggling to make a place for himself, forcing Lukas "gla1ve" Rossander to play with the sniper.