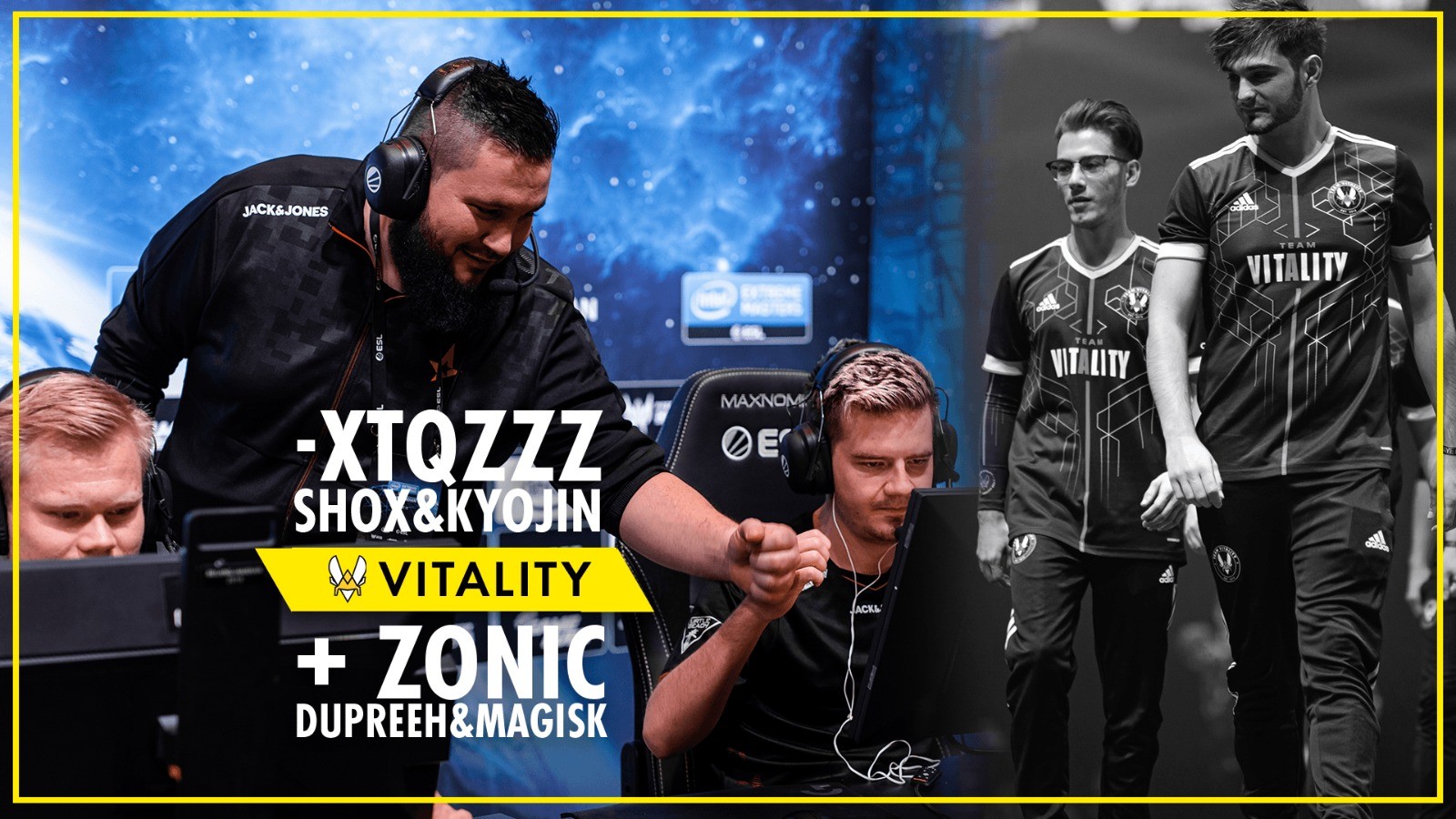 Posté par neLendirekt,
Team Vitality is going to shake up its roster with the departure of 3 members, including shox & XTQZZZ and the arrival of 3 danes from Astralis.
Vitality lost yesterday in the quarter finals of the PGL Major Stockholm against Natus Vincere, closing their journey in this Major at a top 5/8. A small disappointment for Vitality, but a lesser evil after a very bad start in the Legends Stage. While the post-Majors are always hectic on the Counter-Strike scene, hostilities have apparently already begun.

According to our sources, Vitality is getting ready to shake up its team and to start again on a very different global project, internationally. It seems that the organization will part ways with Richard "shox" Papillon, Jayson "Kyojin" Nguyen Van and perhaps most importantly, coach Rémy "XTQZZZ" Quoniam.

To replace them, it is a Danish trio that will be available at the end of the year. They are the former Astralis Peter "dupreeh" Rasmussen, Emil "Magisk" Reif and the coach Danny "zonic" Sørensen who will join the organization with the bee.

A shocking choice for the French scene, but one that can be understood given the pedigree of the Danes, all multiple Major winners. If changes were likely, seeing such an upheaval is unexpected. It remains to be seen what the future holds for shox and XTQZZZ, the former having expressed his desire to continue playing for a long time to come and the latter having largely proven himself on the world stage.