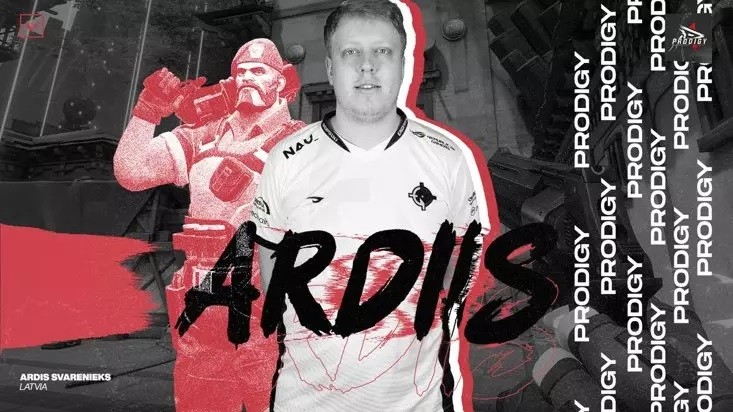 Posté par neLendirekt,
Accused of cheat and throw, the former fish123 player Ardis "ardiis" Svarenieks explains that he was cleared by Riot.
Between 2017 and 2020, Ardis "ardiis" Svarenieks played at the top level of the British CS scene, most notably with EndPoint and London Esports. During these years, he won the ESL Premiership twice & the epic LAN 27 and was on the podium at many other editions of these offline events.

For many players from minor scenes or subtops from major ones, the arrival of Valorant offers a second chance to make a professional breakthrough using the knowledge, talent and experience of these years of devotion to Counter-Strike. Starting with a head start on the players from other games, the former CS players are already establishing themselves as the masters of Valorant.

The @PlayVALORANT beta is over. Here's a recap of FISH123 achievements during it.

Big role change for me personally, I appreciate all of the support 🇬🇧 pic.twitter.com/yuun5bXyJH

It is in this context that ardiis and his fish123 team quickly dominated the Valorant beta, winning all the tournaments they participated in (Mandatory Cup, Solary Cup, GriziCup, Take the Throne #3 & #4, COOLER Cup) except the Fnatic Proving Grounds where they finished top 3/4. He also individually won two very big events with the "headshot machine" Adil "ScreaM" Benrlitom: the Twitch Rivals VALORANT Launch Showdown EU and the G2 Esports European Brawl II.

An almost perfect course, but the Latvian decided to leave fish123 10 days ago following very attractive offers from various organisations. This early success, however, has not only attracted praise, but also accusations of cheating and throwing by "Anti-Cheat Police Department" on twitter, showing various screenshots, audio and video recordings.

Shortly after, the player responded to these allegations, denying any attempt to cheat during his career, either on Counter-Strike or Valorant. He did admit that he had thoughts about throwing when he was in a period where he was having financial difficulties that impacted his life. However, he says he never acted on it.

ALLEGATIONS AND MY INVOLVEMENT Firstly, I would like to clarify that I have never, nor will I ever, CHEAT or (cont) https://t.co/tbL9NUsXBK

Today, we can tell you that ardiis has been in touch with Riot and that he has been cleared of all these charges. We contacted the player to find out more, here's what he says:

"I am delighted to announce that the allegations against me have been proven FALSE after RIOT have conducted a full investigation. I am not sure exactly what they investigated, however, they did say that they looked into every accusation and found no wrong-doing on my part. Thank you to everyone who has supported me. I am now fully focused on developing as a player and cannot wait to compete at the highest level."

Nothing seems now to stand in the way of the former CS player's career. According to sources, he is currently in talks with major organisations in the esports scene and more should be known in the upcoming days and weeks.