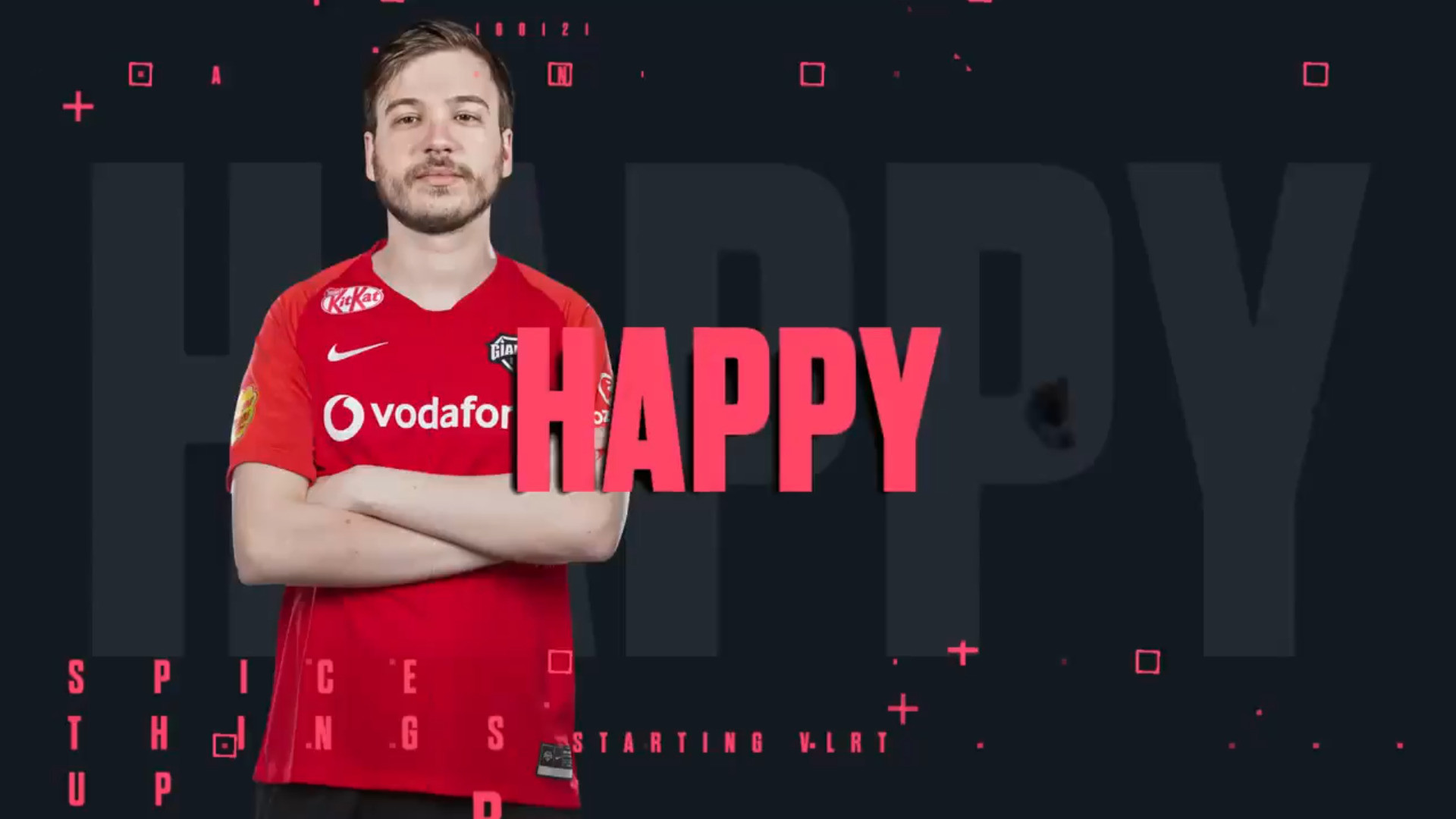 Posté par neLendirekt,
According to our sources, Giants has already decided to make a change by removing Vincent "Happy" Cervoni from its VALORANT roster.
Publicité
After having had a Spanish team on VALORANT since June, Giants decided to change plan by releasing its players and recruiting the Orgless project led by the double Major winner on Counter-Strike Vincent "Happy" Cervoni.

The Frenchman was surrounded by former CS players including the former nolpenki player, Ričardas "Boo" Lukaševičius, the ex-Worst Player Daniil "pipsoN" Meshcheryakov and Aaro "hoody" Peltokangas who notably played at HAVU on CS. After a very good performance by the team during the First Strike Europe, Niki "delezyh" Sutinen was removed and replaced by the former FunPlus Phoenix team member, Johan "Meddo" Lundborg.

With a core of 4 players together since the end of November, this squad joined Giants in a project that seemed serious, stable and ambitious. However, according to our sources Giants has already decided to make a change in its team. It is indeed Vincent "Happy" Cervoni who was removed from the roster, as the results were apparently not good enough for the organization. However, this choice seems surprising, as the player has always offered good individual performances.

Still according to our sources, Giants would see in a good way the arrival of a local player, that's why the Spaniard Adolfo "Fit1nho" Gallego is the favorite to return to an organization with whom he played during the last 6 months of 2020. However, the player has other offers on the table.